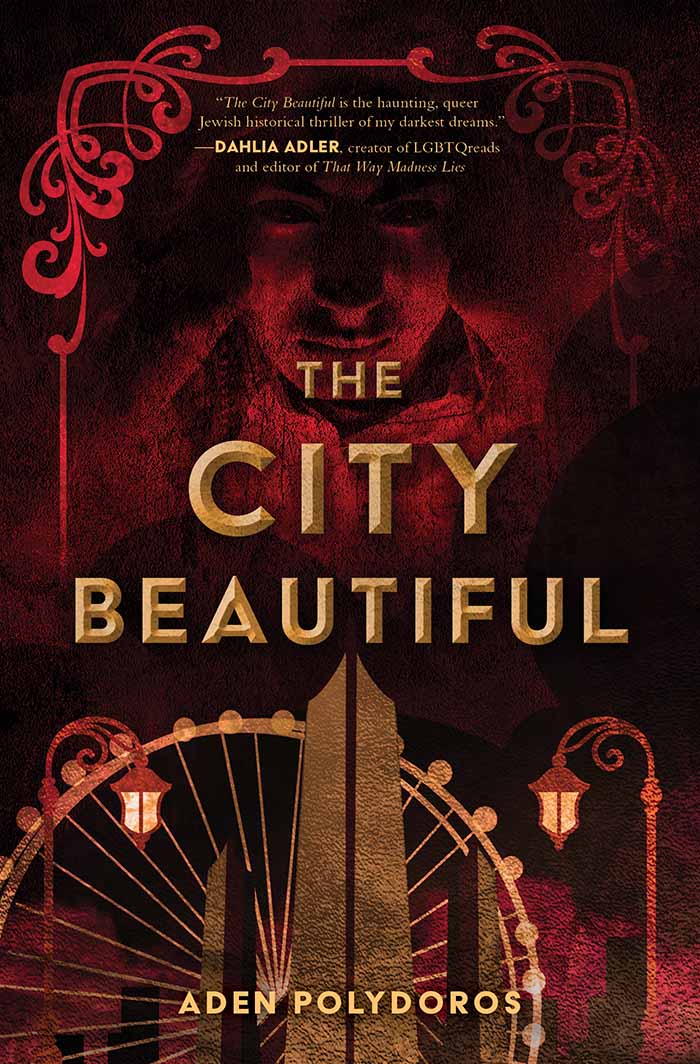 It’s 1893 in Chicago, and the World’s Columbian Exposition invites thousands of visitors to see a gathering of world cultures.  Unless, of course, you’re like Alter Rosen, a young Jewish immigrant, for whom the 50 cent ticket might be a day’s wages.  When you’ve lost your father at sea and are saving to bring your mother and sisters over from Romania, the only reason you fork over the fee is to understand what really happened to your best friend.  Yakov was found dead in the Expo’s White City in what the police swear is an accidental drowning, but which Alter knows can only be murder.  Half a dozen young Jewish men have gone missing in the past few months, and no one but the police believe they ran away.  Also, Yakov has now entered Alter’s body as a dybbuk bent on revenge.  In this historical thriller, dark forces both human and mystical threaten Alter as he searches for the truth behind Yakov’s death.  He must do it quickly, before the dybbuk takes over his body completely.

The City Beautiful has been rightly praised from all quarters: winner of the Sydney Taylor Award in YA; a finalist for a National Jewish Book Award and a Lambda Literary Award; and on the first ballot for a Bram Stoker Award.  Combing mystery, history, and Jewish folklore, this is a compelling read that may find teens and their parents fighting over who gets to read it first.