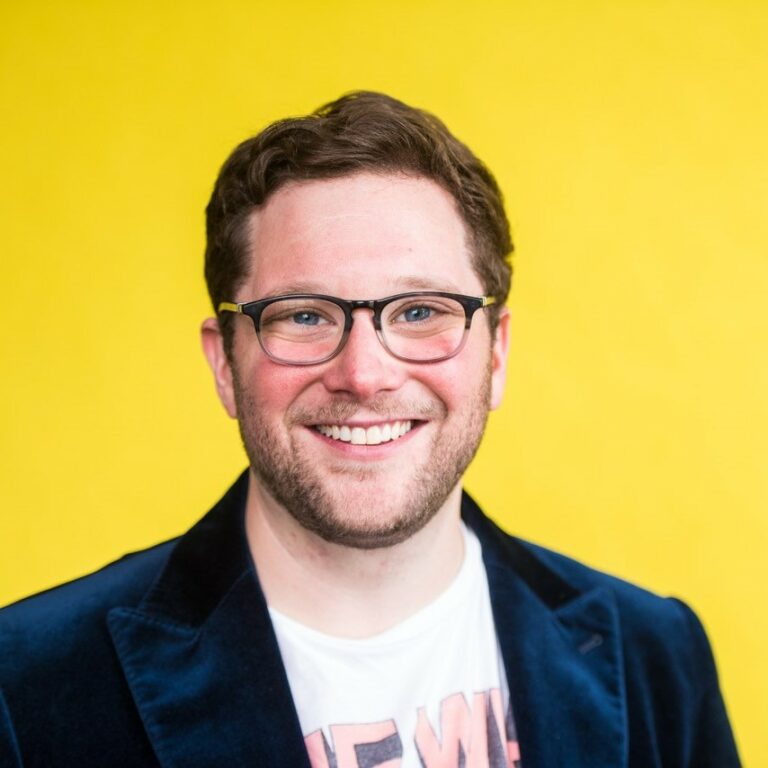 Jesse Friedberg is on a mission to inspire children and their parents to be creative, compassionate, free-thinking, and a little bit smarter than he is (which is pretty darn smart). Based out of Cleveland, Ohio, Jesse accomplishes his mission by writing and recording original children’s music. He puts on amusing, thrilling, and interactive live shows that entertain children and grown-ups alike. (Did we mention he is great at talking about himself in third person?)

After graduating from Berklee College of Music, instead of mastering the art of Jazz and shredding guitars, Jesse dedicated his time to writing, recording, and performing fun and catchy children’s music for families.In 2012, Jesse recorded a children’s album with multi-platinum award-winning producer, Michael Seifert, titled, “Jesse’s Jukebox”. In 2017, he released his follow-up children’s album, “Jesse’s Jukebox: There’s Music Everywhere”. In 2020, he released his third album, “Awesome!”, which he recorded with Grammy award-winning producer, Dean Jones. His upcoming album, “Just A Minute”, a children’s album consisting entirely of one minute songs, releases September 2022.

In 2021, Jesse accepted his invitation to join the Recording Academy and is currently a voting member.

A supreme passion for working with children led him to receiving his Masters in Early Childhood Education from Ursuline College in 2015. He applies the skills he learned to give high-energy, interactive, early childhood music classes that the whole family gets into.